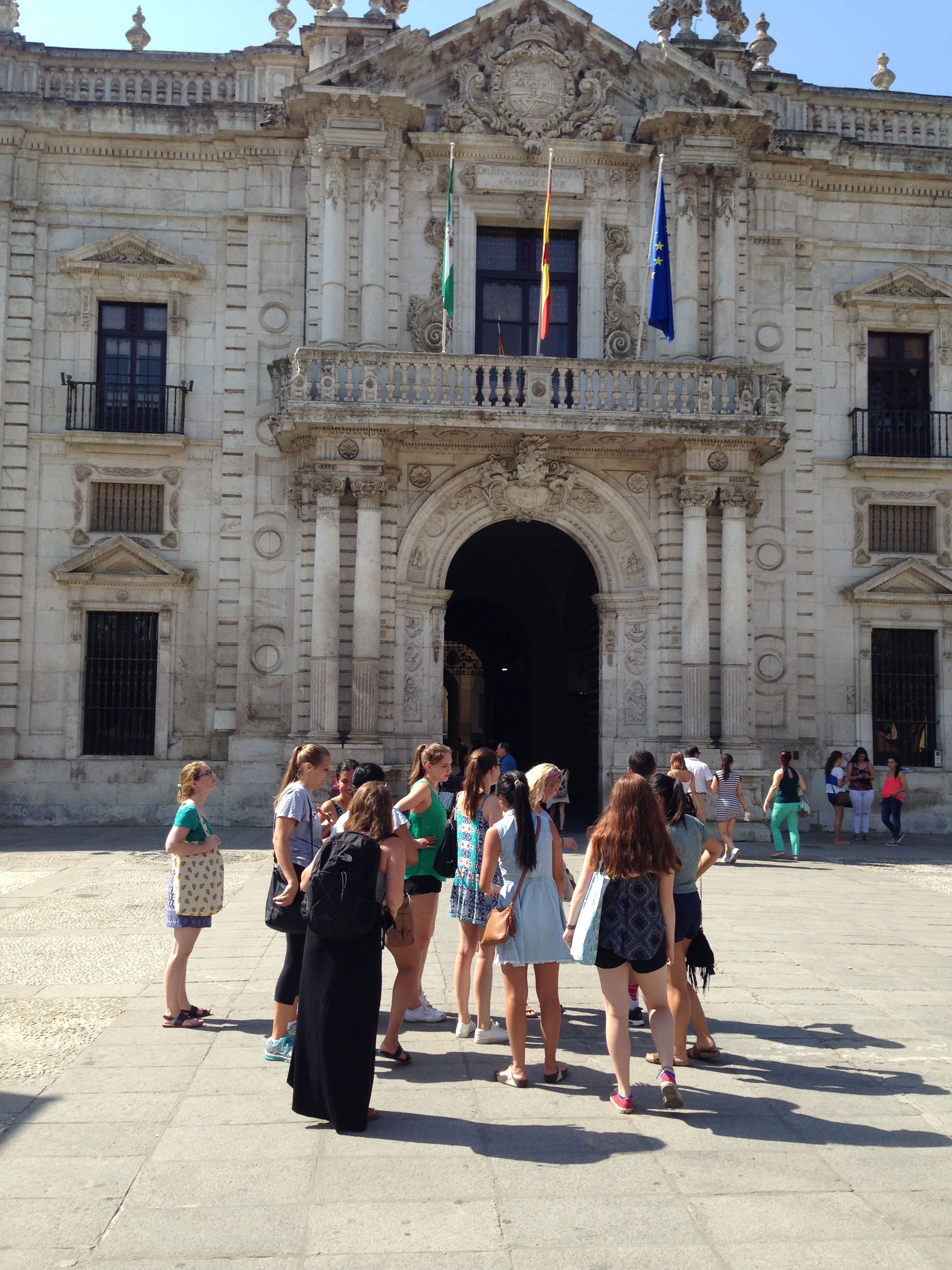 The University of Seville is one of the oldest universities in Spain. La Universidad de Sevilla began as the Colegio de Santa María de Jesús at at the end of the 15th century. In the early 16th century, Pope Julius II granted, by royal warrant, the College's ability to confer degrees in Theology, Philosophy, Law, Medicine and Arts. In its early years, the University was housed in a building near the Cathedral and Reales Alcazares, and a nearby colegio provided housing for the entire student body of fifteen. In 1551, it officially became a university with all of the privileges of other universities within the Kingdom.

Today, the University is a community of more than 70,000 students and 4,400 professors, divided among seventeen facultades across several campuses. The main university building — in central Seville and convenient to the program center — houses the facultades of History and Geography and Philology, the principal schools in which program students are likely to take courses. In other parts of the city are the Ramón y Cajal Campus (Economics, Philosophy, Education Sciences, Psychology, Law, Labor Sciences), the Campus of Health Sciences (Medicine, Nursing, Dentistry), the Campus of Reina Mercedes (Mathematics, Chemistry, Biology, Software Engineering) and the Campus of La Cartuja (Communication, Engineering).